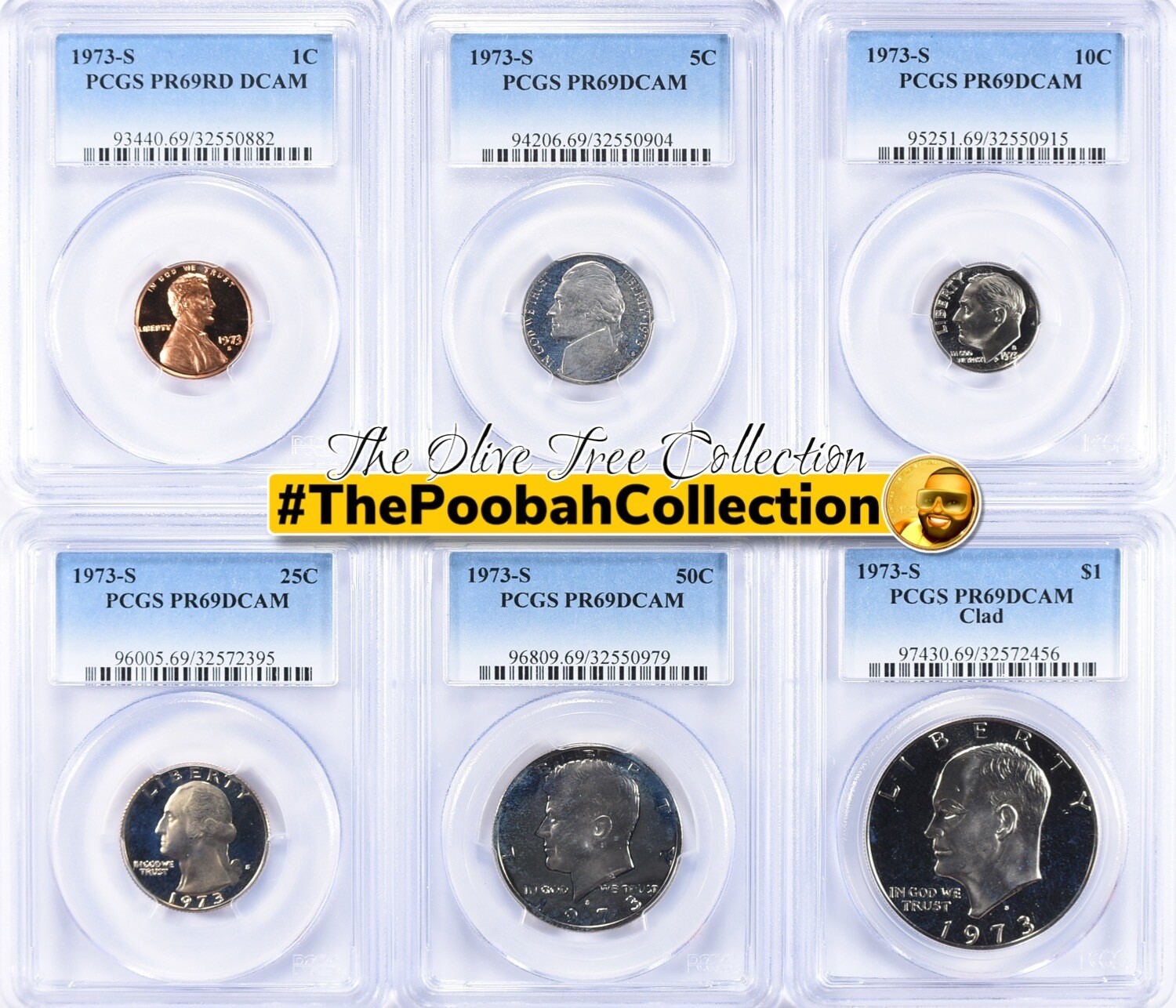 00002
$250.00
In stock
1
Product Details
About This Set:  This cherry-picked collection of top-shelf  1973-S Proof Coins  represents a  victorious  and  peace-driven  year in American history.

Here are some memorable events of the Year of the Olive Branch you might find interesting:+Pres. Nixon was sworn into his second year of office, and Pres. LB Johnson passed away; the US ceased war in Vietnam, and first American POWs were released.+George Foreman is crowned world Heavyweight Champion defeating Joe Frazier in the 2nd Round, while the Dolphins beat the Redskins in Super Bowl VII.+The World Trade Center officially opened in New York City.+Special education was signed into law for the handicapped, while the state bans on abortions was overturned, and homosexuality is no longer a mental disorder.+Hip-Hop/Rap Music was born as a genre, thanks to DJ Kool Herc.

Save this product for later
Display prices in: USD