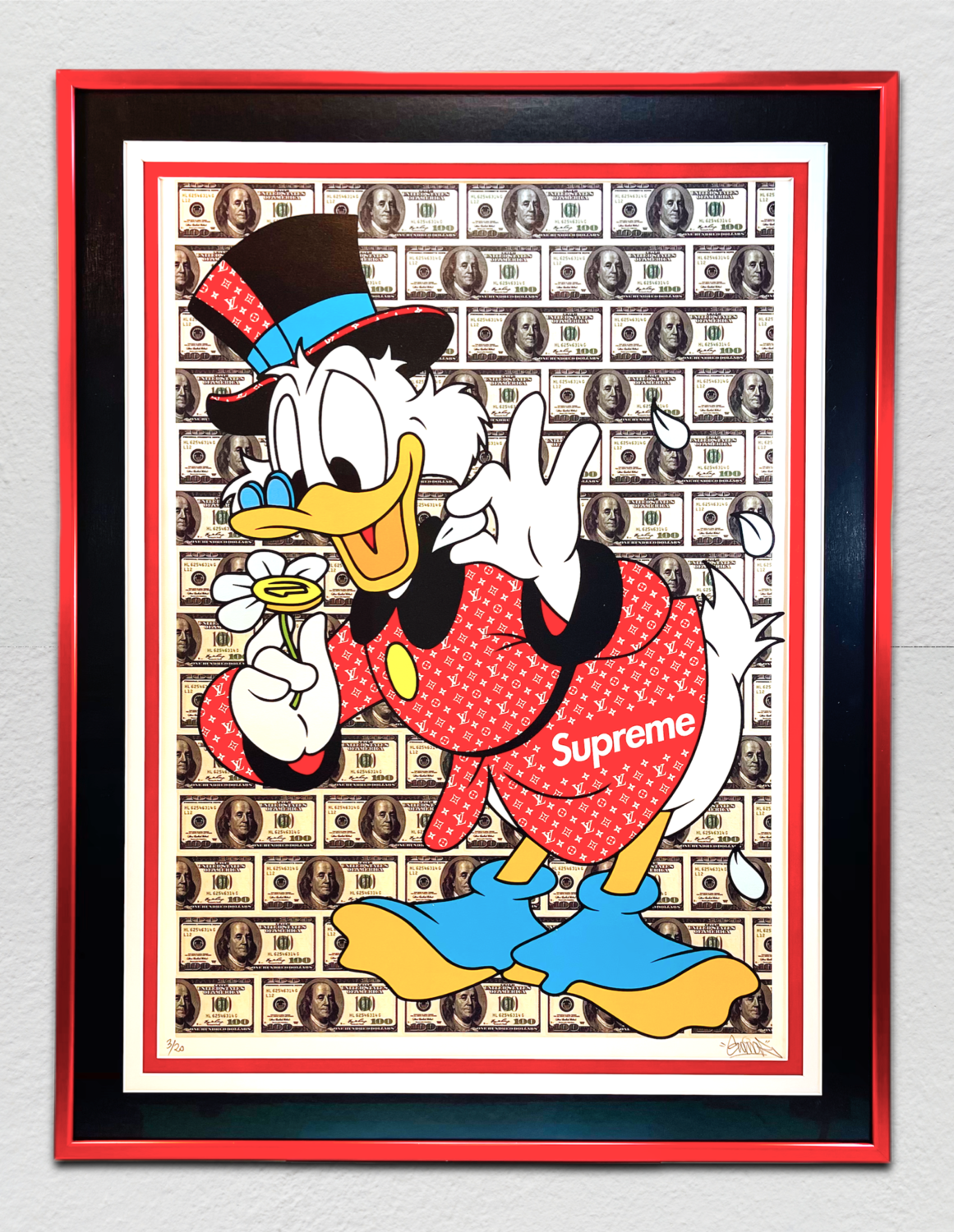 Flowering Money by GOMOR | Limited Ed. (3 of 18) in Custom Framing

• Signed and Numbered by Artist

Gomorrah was a city mentioned in the Book of Genesis of the Bible, that, together with Sodom, was destroyed by God because of the sins of their inhabitants. It is not a coincidence that the wunderkind of French street art, Gomor, chose this alias. Born in 1992 in Paris, the artist started spray tagging the walls in his neighbourhood when he was still a kid. Very quickly, he perfected his technique which evolved towards new media that offered new perspectives to his evolving body of work. In the lineage of pop art legends such as Andy Warhol and Roy Lichtenstein, the young graffiti artist started exploring the world of comics that he loves so much. Since 2015, he has been using in his works recurring characters from pop culture such as Wonder Woman, Superman or money-loving Scrooge McDuck...

He mixes them with streetwear brand logos such as Supreme or Louis Vuitton to show that they are part of our contemporary material and ostentatious world. In his own style, Gomor seems to have found a balance between the perfection of pop art drawings of the 20th century and today's spontaneity of street art.

The French artist delivers clear messages, denouncing the excess of capitalism in his deceptively childish paintings. Gomor's art is declined on various supports. Most of his artworks sold in art galleries are in acrylic on canvas, but the artist loves to go back to less conventional supports, painting on everyday items such as skateboards or mailboxes... (Translated from French)

Save this product for later
Display prices in: USD